We are a dedicated and enthusiastic team, with over three decades of experience in the “art and science” of peer-to-peer fundraising.

Our sole focus is to make sure every cause harnesses the power and potential of peer-to-peer fundraising.

Our founder, Jillian, always had an entrepreneurial spirit. As a child she would pick wild onions in the forest and sell them door to door to the neighbours.

After a couple of years working in fundraising, she became passionate about peer-to-peer. And in 2014 her inner entrepreneur came knocking on the door, so she started her own business, Peerworks Consulting, based in The Netherlands. A foreign country with new markets.

Since then, we’ve been helping non-profit agencies by creating more opportunities to inspire and empower people all over the world to raise funds and awareness for the causes they are passionate about.

Nothing great was achieved without enthusiasm. 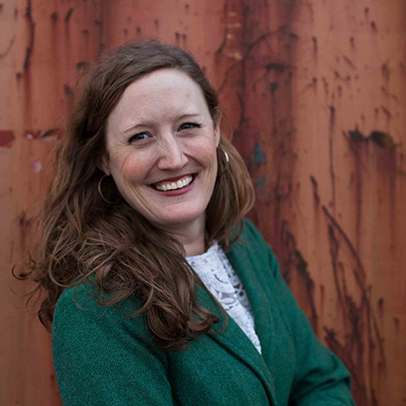 In 2001, I found my passion for events (and fundraising) when I registered for the Alaska AIDSVaccine Ride…a 6-day cycle tour through Alaska that raised money for AIDS Vaccine research. To participate, I needed to fundraise $3200 and train to ride 500 miles in 6 days in the mountains. But, I lived in (flat) Chicago, didn’t have any fundraising experience and didn’t even own a bike. Despite that, I still registered. Not because I was personally involved in the struggle of people facing HIV/AIDS, but because I cared and wanted to do something that would really make a difference.

The experience of participating in the ride and crossing the finish line in Anchorage really moved me. So much so, that I decided to make fundraising events my career and started working at Pallotta TeamWorks, the creator and producer of the AIDSRides. Seen by many as the pioneer of event fundraising in the USA, Pallotta provided me with an opportunity to learn from and work alongside the people who started it all. In the two years I was with them, we raised a record-breaking $115 million for charity.

When some of my former colleagues asked me to join them with the start up of a new event fundraising company in 2003, I jumped at the opportunity. At Event 360, I found myself surrounded by the best and brightest in the business, challenging each other to investigate, innovate and inspire. The Event 360 team became my second family over the 9 years I spent with them. A time during which I worked on some incredibly important causes for the top charities in the USA, being inspired and motivated by the people I met along the way whose lives were being changed (and saved!).

In 2005 my professional work got personal when my dad was diagnosed with a rare lung disease – Idiopathic Pulmonary Fibrosis (IPF). A disease with no known cause and no cure. No drugs. No treatment plan. No hope. My dad fought as best as he could for 9 months, but on May 2, 2006 we lost him. Ever since, I have become an advocate for lung charities and have personally raised $17,000 by running, cycling and mountain climbing. I will not stop until a cure for IPF is found and I strongly feel that no family should ever be told there’s no hope. My firm belief is that by helping charities, diseases like IPF can become a thing of the past.

In 2012, I found it was time to leave Event 360 and spread my wings in Europe to help non-profits achieve the benefits and revenue that events have brought in the USA. I was hired by Emolife Events & Consultancy to train their staff working in the Netherlands, Belgium and Italy and help them optimise the revenue and impact of their events.

In March 2014, I started Peerworks Consulting in order to make peer-to-peer expertise accessible to all non-profits all over the world.
How can we help you change the world using the power of peer-to-peer? 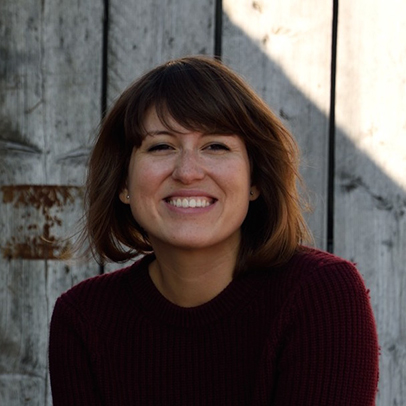 After studying European Law in the Netherlands, I decided it was time to stir things up and do something completely different. In 2009 I moved to Amman, Jordan, to work for the international student organisation AIESEC. My job was to get to know local charities and convince them to create internship opportunities for AIESEC university students from all over the world. Getting to know these charities and organisations and learning about their mission left a deep impression on me.

So, in 2011, when I got the opportunity to join Alvarum–a peer-to-peer fundraising platform–I decided it was time to re-pack my things and move to their headquarters in Paris, France. First I served as the Business Development Manager for the Netherlands, which allowed me to learn a great deal about the peer-to-peer fundraising concept. A few years later, I became an Event Manager for French events. Together with my team we developed several fundraising events and programs such as the Course des Héros, a multi-charity walk that raised more than €2 million in 2013. That year we also launched the new event Marche des Lumières, a 4km night walk in Paris and Lyon, partnering with two of the most important cancer research institutions in the country to raise funds in order to beat cancer.

I stood at the finish line for all these events and the joy I felt there was palpable. It moved me to see the positive impact that fundraising had on the lives of participants…how they would all go above and beyond to do something to support the mission they felt strongly about. It was clear that a community could actually make a change by joining forces. I soon realised that what had first been an interest had, in fact, become a passion. 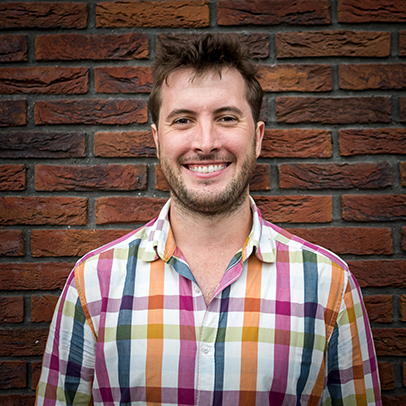 I love the idea of building a community that is behind the cause, as well as getting all of your friends and family to donate cash. It’s also a pleasure to watch how meaningful it is for people when they come together to support the same cause. An out of hand hobby of mine is photography, and with that, I really enjoy trying to capture those moments.

Having grown up in South Africa, there are many parts of my past which have prepared me to work in peer-to-peer fundraising. My degree in Finance. Having worked for Shell in Pricing Strategy, Change Management and Process Optimisation. Volunteer firefighting and in the police force in South Africa. Being seconded to the Queen Elizabeth Prize for Engineering based at the Royal Academy of Engineering in London. Teaching 10 to 11 year olds mathematics, economics and science. But nothing has prepared me better than herding cattle in the Drakensberg.

There are many causes which mean a lot to me. Environmental causes, as it’s our habitat, and we share it with so many other plants and animals which I believe have a right to a healthy live as well. Educational causes, as they are a stepping stone to choice and job opportunity. And refugee causes, because we should take care of each other when we are faced with dangerous situations and are only just surviving. I find that peer-to-peer fundraising is a wonderful way to share our passion for causes like these. 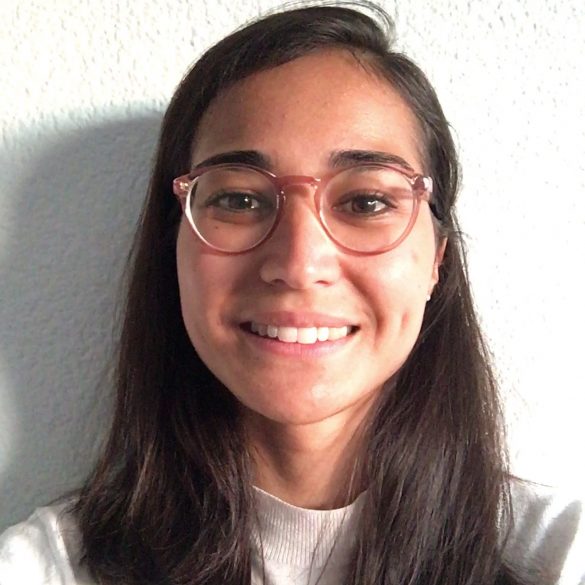 Growing up, I had the chance to live in several countries around the world which me realise the power of bonds that unite individuals. The dependency we have on one another makes us want to do more and take action when we encounter inequality.

My first experience with peer-to-peer fundraising occurred during the summer of 2018 when the Indonesian island Lombok was hit by several earthquakes and aftershocks. The damages were significant and more than 500 people lost their lives. Not enough funds were deployed to improve the situation on-site, leaving remote areas unassisted. My family and I decided to help. We managed to fundraise € 18’000.- and reach 34 remote villages with water, food, clothes, hygiene products and emergency shelters.

This experience showed me how powerful our networks can be. Peer-to-peer fundraising is not only about raising funds but also about pushing our own boundaries for a cause we believe in. 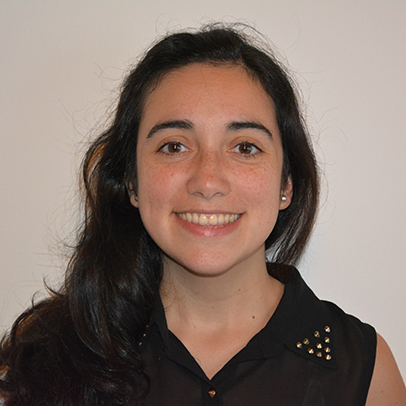 The opportunity to live in different countries, travel to so many others, work with people of different nationalities and deal with different work environments, made me realise it all comes down to one thing; we should all use our knowledge to contribute to our communities to make them a better place.

And peer-to-peer fundraising should be an essential part of it, as we enable every person to get their community involved in raising money and awareness for a cause they believe in. I fundraised for my own project back in South America; the Smileprint project, whose goal was to show how happiness in the world goes beyond richness and materialism.

I can't sit still for a long time and much less wait in front of a computer for change to start happening. I have been a builder, a cook, a tutor, a helping hand and good ear when I had to because if we can all give one hand to another, we can make things better. 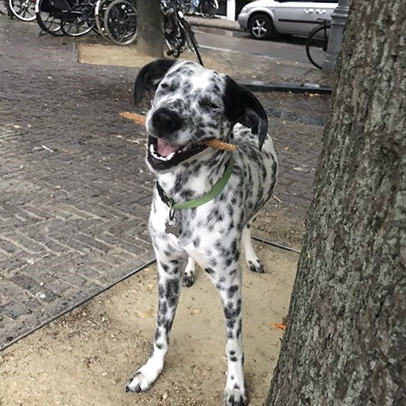 As a pack animal I understand the intrinsic value of peer-to-peer fundraising and how great it is to look out for each other. I love meeting other dogs, although when they are very small I get a bit confused. I consider myself a bit of a food connoisseur, my favourites being local Dutch street snacks and cat treats.

I grew up in Malaga as a street dog and someone was kind enough to bring me to The Netherlands. In Amsterdam, I became a beneficiary of a great cause, the Animal Shelter. So I know from experience how worthwhile it is to raise funds for your favourite cause. There I was lucky enough to meet Jillian who gave me an important role at Peerworks Consulting. The tasks I enjoy doing most are Networking and Data-Collecting.

I suppose the important causes I care most deeply about are animal well-being and food waste. Although, let’s not forget re-forestation, to make sure there are enough sticks in the world.